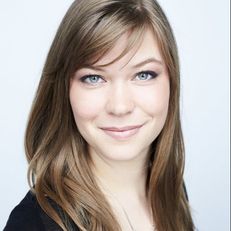 Equally at ease on the recorder and the baroque flute, Alexa Raine-Wright has shared her passion and talent for early music with audiences across the United States and Canada with ensembles such as Flûte Alors!, Ensemble Caprice, Arion Baroque Orchestra, Apollo’s Fire, I Musici, Studio de musique ancienne de Montréal, and the Chicago Symphony Orchestra. Alexa was awarded the Grand Prize and Orchestra Prize at the 2016 Indianapolis International Baroque Competition, as well as First Prize at the National Flute Association’s 2015 Baroque Flute Artist Competition in Washington DC. She is a graduate of McGill University.

A native of Chicago, violinist Sallynee Amawat enjoys performing with North American period ensembles such as the American Baroque Orchestra, Arion Baroque Orchestra, Pacific Baroque Orchestra, and Studio de musique ancienne de Montréal. While living in Thailand, she performed regularly with ensembles such as the Bangkok Symphony Orchestra and Chamber Orchestra, with tours in Japan, Indonesia, the Philippines, Vietnam, and Singapore.  She holds a Master of Music in Violin Performance from the Hartt School, and a Master of Music and Doctor of Music in Early Music Performance from McGill University, where her research was focused on repertoire of the early French violin school. 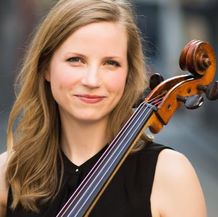 Cellist Andrea Stewart has been heard in venues across North America, Europe, and Asia performing solo recitals and collaborating with ensembles including Infusion Baroque, collectif9, Grammy-nominated Uccello, Gruppo Montebello, and Ensemble Caprice. A laureate of the Golden Violin Competition (McGill University), the Eckhardt-Gramatté National Music Competition, and the Prix d’Europe Competition, Andrea holds the degrees of Doctor of Music (2015) and Master of Music (2009) from McGill University. Her research has been supported by the Social Sciences and Humanities Research Council in Canada, the Canada Council for the Arts, and the Conseil des arts et des lettres du Québec.

Known as a sensitive and stylish continuo player, harpsichordist Rona Nadler has performed with some of the most prestigious ensembles in the Montreal area including Ensemble Caprice, I Musici, the McGill Chamber Orchestra, and Les Voix Baroques. She has worked as a vocal coach and music director for Compagnie Baroque Mont-Royal, Opera da Camera, and Opera McGill, and is artistic director of the vocal ensemble One Equall Musick. Rona studied harpsichord at McGill University with Hank Knox and at the Schola Cantorum Basiliensis with Jesper Christensen. She serves as Music Director and Cantorial Soloist at Temple Emanu-El-Beth Shalom.